The ceremony of the “Holy Fire” is held every year at the “Church of the Holy Sepulchre“, on Saturday, the following day after “Good Friday“.
The ceremony is held twice – once by the Eastern Orthodox, and one by the Ethiopian Orthodox. I attended the one that was held by the later.

I got to the Ethiopian part of the Church a few hours before the ceremony began. The yard where the ceremony took place, is a small yard, and I wanted to make sure that get into it on time.
In the yard, many worshipers were already waiting for the ceremony to begin. They were resting, on the floor. Some of them managed to sleep.

About half an hour before dark, a small parade, lead by drummers, entered the yard. That was the mark of the beginning of the ceremony. The Patriarch held the ceremony in Amharic, for an hour and a half. During that time, some of the believers just listened to him, while others were praying, using every possible source of light, to read from the bible. 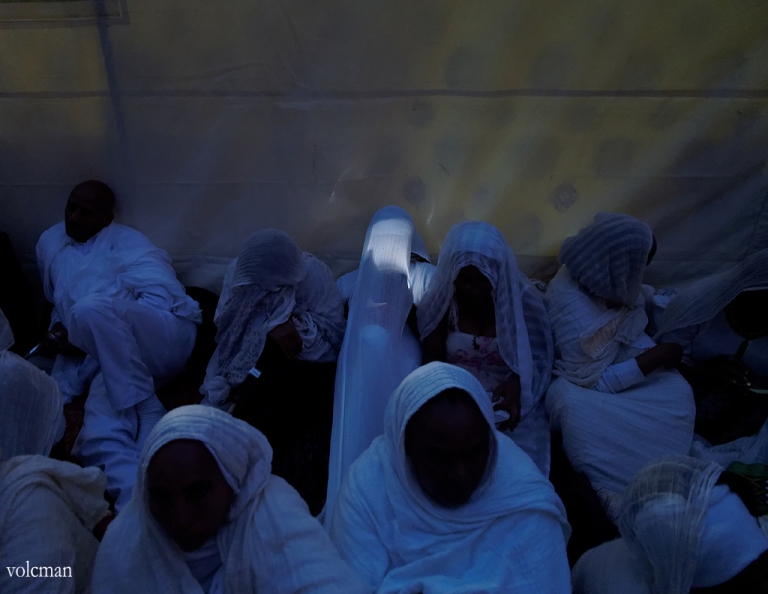 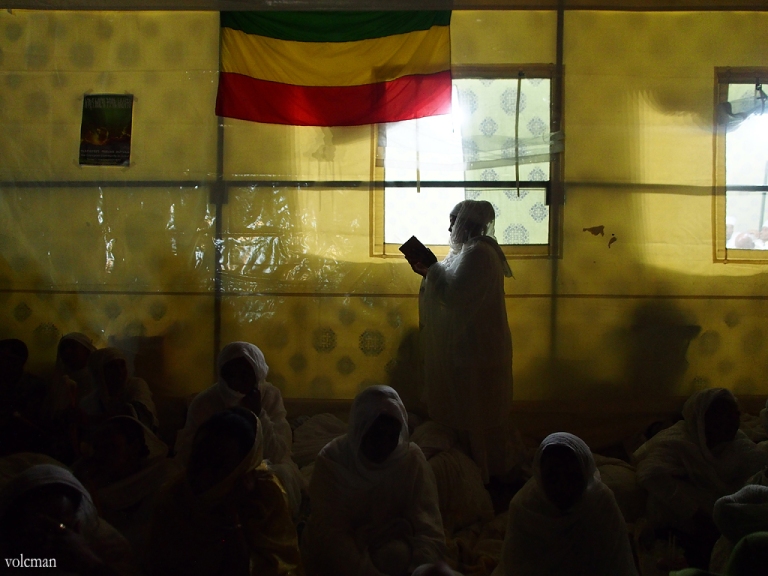 Suddenly, the Holy Fire was lit. One by one, the worshipers light their candles and the whole yard was flooded with light. 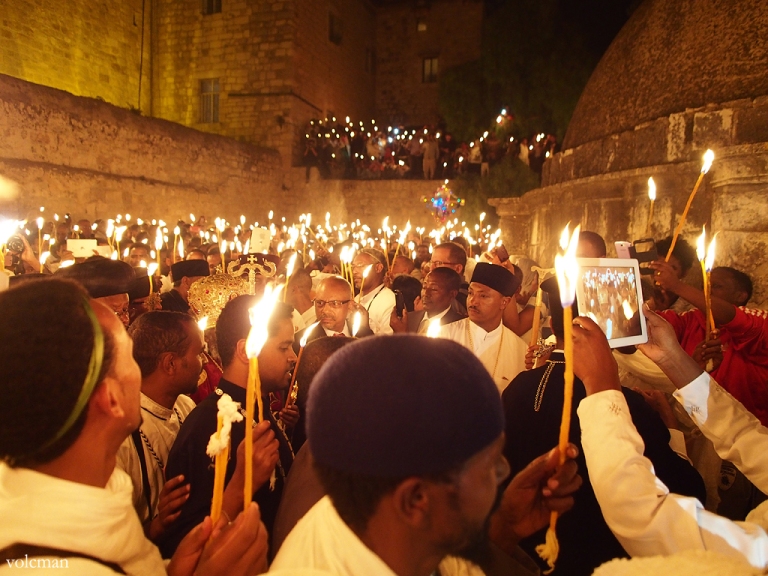 What do you think about the post? :) Cancel reply